Solar Power: The Future of the World

Home  /  Home improvements   /   Solar Power: The Future of the World 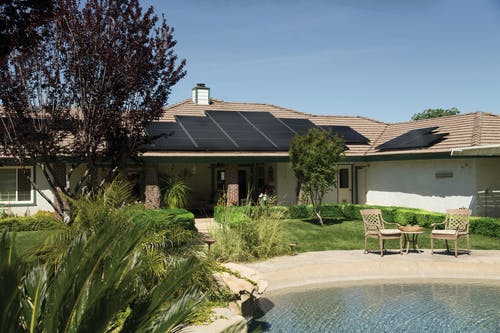 With the world’s resources quickly becoming depleted due to overuse and other reasons, we have to look into other alternatives. In the recent past, solar power has become one of the more popular alternatives out there, with wind energy and hydroelectricity coming in as runners up. By the looks of it, solar energy seems to be the most efficient and the most cost effective, as it can be installed right at your own home. Here are just some other reasons as to why solar energy will be the future of the world.

One of the most obvious and apparent benefits of using solar power as a regular source of energy is the fact that it will significantly reduce the amount of carbon emissions put out into the atmosphere. Unlike coal power plants, solar power relies on harvesting the energy of the sun, which does not require any sort of burning of material.

All it requires is some solar panels fitted on the roofs of buildings, which would then harvest the sun’s rays during the day, which is then inverted into electricity. In fact, many countries now promote the installation of solar panels in homes. One of the more recent innovations is rentable solar power which allows you to rent solar panels for a certain period of time. This effectively allows you to combine traditional electricity sources and solar power.

Solar power is something that can never run out, as it is something that we can experience almost every day. Unlike coal and natural gasses, solar power is only limited to the technology available to harvest it. Coal and natural gasses, on the other hand, are limited. Even with the most sophisticated technology, there is no possibility of making them last for generations, since they can only be found in limited quantity in specific places around the world. As a result, solar energy is a great alternative to sustainable and clean energy.

Since solar energy has become quite easy to harvest, you no longer have to pay thumping energy bills. This is because in many cases, the amount of energy collected from the sun is almost always more than the amount used for the general household. It is the same story even in a corporate atmosphere as well. Having an electric vehicle or hybrid vehicle will make your energy consumption cheaper in the long run.

Due to the introduction of solar power, technological innovation has increased by a great deal, which has made it possible to live a more utilitarian life. At the same time, it allows us to be more mindful about how we spend our lives and less wasteful.